To shareholders and investors 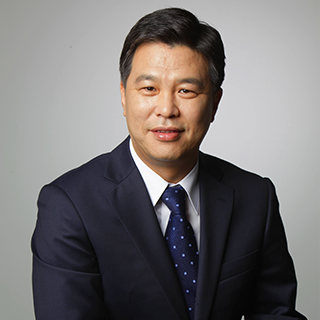 While our lithium-ion secondary battery separator business continues to steadily grow, each battery makers have been shifting to mass production, aiming to meet rapid increase in demand with global production of EVs starting from latter half of 2018.

Demand in China’s automotive market is forecasted to continuously grow in 2018. In Europe and US, major OEM makers announced launches of new EV and PHEV models supported by each countries’ environment policies. Full-fledged production increase is expected in latter half of 2018 (or 2019?) in those markets.
Under the circumstance of potential rapid expansion of automotive-related demand, we have been carrying out plans to launch large production lines (10th line onwards). In 2017, 8th and 9th lines started operation as projected. By the first-half of 2018, additional 4 large lines will start operation. In 2019, production capacity is expected to be twice as much as in 2017.

Separator market will continue to be led by demand for eco-friendly cars in China in 2018. We plan to start shipment from new mass production lines, which should lead to record revenue. Although costs associated with new production lines and preparation for automotive-use shipment, operating profit should recover from bottom of the trend in 2017. In medium-term, expansion of demand from European and US automotive sectors is expected. We have been preparing for those potential demand and will launch new projects in turn going forward.